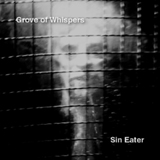 Some folks had hoped for a creepy Halloween flavored set and I suppose some of my music is that way. Thinking about it I realized I don't really do 'on demand' creepy or spooky, I just kind of do what I feel and sometimes it works out that way. This might be fun to listen to next Halloween. Maybe before too.

"You have wakened not out of sleep, but into a prior dream, and that dream lies within another, and so on, to infinity, which is the number of grains of sand. The path that you are to take is endless, and you will die before you have truly awakened."

Grove of Whispers is John Tocher. John does the Sadayatana podcast and plays live several nights a week on Stillstream. He also releases dark and experimental music at Buddhist on Fire.

Thanks to all the folks at stillstream.com and electro-music.com for their inspiration and support.